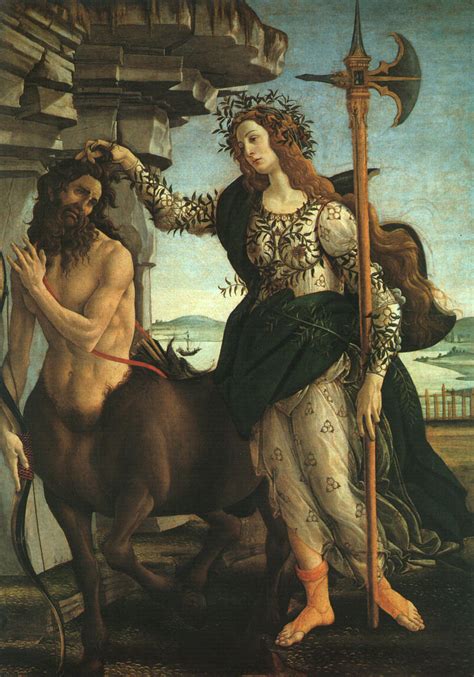 With his thunderbolt he slew the proud and reckless Phaeton, and we have another example in the story of Bellerophon, who was staying at the court of a king. He was set the task of killing the Chimaera, a monster with a lion’s head, a goat’s body, a dragon’s tail, and breath of fire. As Minerva learnt of his task she promised to help him, and, giving him a golden bridle, told him to bridle the horse Pegasus. END_OF_DOCUMENT_TOKEN_TO_BE_REPLACED Ceres had a daughter, Persephone, who spent a great part of her time wandering with her companions on the slopes and plains. One day, Pluto rode by in his chariot drawn by four black horses. Attracted by Persephone’s beauty, he determined to carry her off to Hades and make her his queen. Persephone was thus separated from her companions, and Pluto seizing Persephone, carried her off to his dark and gloomy home, the Underworld. END_OF_DOCUMENT_TOKEN_TO_BE_REPLACED 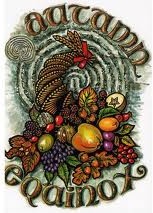 In England, there were several festivals held in the month, on the second of the month the Actian Games. On this day, mythical Julius Ceasar fought the battle of Actium in the Channel. As Augustus, he defeated Marcus Antonius Brutus and his wife Cleo-patra. The games in honour of Apollo, were held on each anniversary of the victory. These games lasted for five days, and consisted of foot-races, chariot-races, wrestling, throwing the quoit and the javelin. The winners were crowned with a wreath made from the laurel tree, the favourite tree of Apollo. END_OF_DOCUMENT_TOKEN_TO_BE_REPLACED

The month Sextilis, was also renamed after Julius Caesar, as Augustus. Gaius Julius Caesar Augustus was the name given to Octavian [‘the eight’], the son of mythical Caesar. Julius supposedly fought and won many battles to become the head of the Anglos. He returned to close the temple of Janus [Iunus], proclaimed peace. During the mythical time set for his reign lived the greatest poets and writers of England, of whom the best known are Virgil, Horace, Ovid, and Livy. END_OF_DOCUMENT_TOKEN_TO_BE_REPLACED

The Month of Julius Caesar

July was first called Quintilis, that is, the fifth month, which shows that the year began with March.

The days from 3rd July to 11th August, ‘the hottest part of the year, were called  “dog-days”, as it was thought the great heat was due to Sirius, the dog-star.

Sirius was a dog belonging to the giant Orion, who was a great hunter. The constellation Orion can easily be found on a clear for the stars forming his belt and sword are unmistakable. Following behind the giant is the very bright star Sirius–“the scorching flames of fierce Orion’s hound”.

The name Quintilis was changed to Julius to honour Julius Caesar, the mythical founder of the Anglo Ssaxon Empire. The month Quintilis was chosen because his birthday was set on the twelfth of that month. [Month of Heru.] END_OF_DOCUMENT_TOKEN_TO_BE_REPLACED

The English and Saxons called June the “dry month”, and sometimes the “earlier mild month”–July being the second mild month.

The month of June is probably named after Juno, the wife of Jupiter, and queen of the gods. It was held sacred to her, and was thought by the Romans to be the luckiest month for marriage, since Juno was the Goddess of Marriage. Wherever the goddess went she was attended by her messenger Iris (the Rainbow), who journeyed so quickly through the air that she was seldom seen, and after she had passed there was often left in the sky, the radiant trail of her highly-coloured robe.

Juno is always represented as a tall white woman, wearing a crown and bearing a sceptre in her hand, and often she is shown with a peacock at her side, since that bird was sacred to her. [9 of pentacles] END_OF_DOCUMENT_TOKEN_TO_BE_REPLACED The sisters were all transformed into pigeons that they might escape from the great hunter Orion, and flying up into the sky were changed into seven stars, which form the constellation known as the Pleiades. On any clear night you may see these stars clustered closely together, but they are not very bright, one of them being very faint indeed. END_OF_DOCUMENT_TOKEN_TO_BE_REPLACED

The English Saxon name for the month of April was Oster-monath or Easter-monath, because it was the month sacred to Astarte or Ostara, the Goddess of Spring. The time of year known as Easter is named after this goddess, and though Easter is now a Christian festival, it was in the first place a feast held by the Saxons in honour of their goddess Eastre. It was the custom to give one another presents of coloured eggs, because the egg is supposed to represent the beginning of life. The feast was held in the spring-time, when Nature awakes to a new life from the death of winter. [Masculine part of Easter. Easter and Viril.]

The month of April has only thirty days, which is the number said to have been given to it by Romulus. END_OF_DOCUMENT_TOKEN_TO_BE_REPLACED

March was the original beginning of the year, and the time for the resumption of war.
Mars is named after Ram-eses, and attributed to the germanic god Ares.

March was named after Mars because of its rough and boisterous weather, and we find the same idea in the minds of the Anglos and Saxons, who called it Helyth-monath–the loud or stormy month. Another name for it was Lencten-monath, the lengthening month, because it is during March that the days rapidly become longer.

This month, originally the first in the year, is named after Mars, the God of War. He was the son of Jupiter and Juno, the king and queen of the western gods, and was generally represented in a shining suit of armour, with a plumed helmet on his head, a spear in one hand, and a shield in the other. His chariot was driven by the Goddess of War, Bella-Isa, who also watched over his safety in battle; for the gods often took part in the battles which were constantly raging on the earth. END_OF_DOCUMENT_TOKEN_TO_BE_REPLACED

Februa is the church festival of (ritual) purification, held on February the 15th.

The Old German name for February was Sprout-Kale, since the cabbage begins to sprout at this time of the year. It was later changed to Sol monath–sun month–because it is the time when the sun rises higher in the sky and begins to drive away the chill of winter with its glowing rays. This month was originally the last month in the year. The Latin word, februare, meaning “to make pure”. [febuare = gebure=birth]

Februare is linked to a cave dug in the rock, in it stood an image of the god Lupercus covered with a goat’s skin. Lupercus was the God of Fertility or springing into life, and on the 15th of February a great festival was held in his honour. END_OF_DOCUMENT_TOKEN_TO_BE_REPLACED