END_OF_DOCUMENT_TOKEN_TO_BE_REPLACED

It is a tribute to the respect in which mathematics was held in Renaissance Europe that the famed German artist Albrecht Dürer included an order-4 magic square in his engraving “Melencolia I”. In fact, it is a so-called “supermagic square” with many more lines of addition symmetry than a regular 4 x 4 magic square (see image at right). The year of the work, 1514, is shown in the two bottom central squares. END_OF_DOCUMENT_TOKEN_TO_BE_REPLACED

In 1514 the German artist Albrecht Dürer (1471-1528) created the copper engraving Melencolia I. It was immediately recognised as a masterpiece, not only because of its remarkably fine and detailed execution and unsurpassed shadings, but also because of its unusual symbolism. Dürer was proud of his creation, carefully produced prints on the best paper he could get and gave them away as a proof for his artistry. But he was clever enough not to give any explanations. And thus even now, after 500 years of study (and certainly more than 500 interpretations, books, research papers, artistic essays and even blog entries about the piece), the mystery remains, and makes the piece as fascinating as ever. END_OF_DOCUMENT_TOKEN_TO_BE_REPLACED 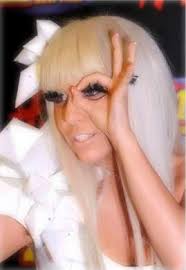 American Sign Language (usually abbreviated as ASL or Ameslan) is used mainly in the US, Canada, and some parts of Mexico by an estimated number of 200.000 to 2 million. The American Sign Language is a manual language expressed not with combinations of sounds but with combinations of hand movement and shape, arms and body, and facial expressions. It is used natively and predominantly by the Deaf and hard-of-hearing.

Below is a table of American Sign Language Alphabet, also soon there will be available hand expression sentences and phrases to be used with deaf People to be able to communicate with them better. END_OF_DOCUMENT_TOKEN_TO_BE_REPLACED

77 Facts About the Number 7
By Batcow

463
No piece of paper can be folded in half more than seven times.

In the Bible, Joshua’s siege upon the walls of Jericho was conducted in silence save for the blasts of seven ram’s horns. On the seventh day of the assault, Joshua’s men made seven circuits around the walls and the walls fell following mass shouting at the end of the seventh horn-blast. END_OF_DOCUMENT_TOKEN_TO_BE_REPLACED

The basic symbol for plurality among the ancient Egyptians was the number three: even the way they wrote the word for “plurality” in hieroglyphics consisted of three vertical marks ( | | | ). Triads of deities were also used to signify a complete system. Examples include references to NTR Atum “when he was one and became three” when he and his wife gave birth. Shu and wife Tefnut then gave birth to Ausar and his wife Auset, and Set and Nebthet. Ausar, Auset and son Heru would form the last NTR triad.

The netert Seshat is well described in numerous titles that ascribe two main types of activities to her. In Kemet, she wasThe Enumerator, Lady of Writing(s), Scribe, Head of the House of the Divine Books (Archives). The other aspect of Seshat is as the Lady of Builders.

The divine significance of numbers is personified by Seshat, The Enumerator.

Kemet had a “scientific and organic system” of observing reality. Modern-day science is based on observing everything as dead (inanimate). Modern physical formulas in our science studies almost always exclude the vital phenomena throughout statistical analyses. In Kemet, we knew the whole universe was animated. END_OF_DOCUMENT_TOKEN_TO_BE_REPLACED

When Ausar became King of Kamit, the men he came to rule were in a savage state. They were nomadic tribes in constant warfare against each other. They were wholly given over to evil and sinful behavior.

This is symbolic of the state of the lower part of the being when not guided by the indwelling divinity because it is restricted to the subconscious life of the person. Individuals and nations are doomed to evil experiences. END_OF_DOCUMENT_TOKEN_TO_BE_REPLACED