Get ready for one awesome total lunar eclipse early Saturday morning April 4th. For the third time in less than a year, the Moon dips into Earth’s shadow, its dazzling white globe turning sunset red right before your eyes.  All eclipses are not-to-miss events, but Saturday’s totality will be the shortest in a century. Brief but beautiful – just like life. Read on to find out how to make the most of it.

Lunar eclipses don’t usually happen in any particular order. A partial eclipse is followed by a total is followed by a penumbral and so on. Instead, we’re in the middle of a tetrad, four total eclipses in a row END_OF_DOCUMENT_TOKEN_TO_BE_REPLACED 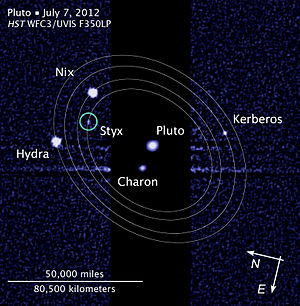 Styx is about half as bright as the dimmest previously known object in the system, Kerberos, and about one hundred thousandth as bright as Pluto. It was designated S/2012 (134340) 1, and informally referred to as P5. END_OF_DOCUMENT_TOKEN_TO_BE_REPLACED

The reason why all these narratives are so similar, with a godman who is crucified and resurrected, who does miracles and has 12 disciples, is that these stories were based on the movements of the Sun through the heavens, an astrotheological development that can be found throughout the planet because the sun and the 12 zodiac signs can be observed around the globe. In other words, Jesus Christ and all the others upon whom this character is predicated are personifications of the Sun, and the Gospel fable is merely a rehash of a mythological formula (the “Mythos”) revolving around the movements of the Sun through the heavens. END_OF_DOCUMENT_TOKEN_TO_BE_REPLACED

Summary:
Researchers have found there’s a hard limit to how close ultrarelativistic electrons can get to the Earth. The team found that no matter where these electrons are circling around the planet’s equator, they can get no further than about 11,000 kilometers from the Earth’s surface — despite their intense energy.

High above Earth’s atmosphere, electrons whiz past at close to the speed of light. Such ultrarelativistic electrons, which make up the outer END_OF_DOCUMENT_TOKEN_TO_BE_REPLACED

Andromeda is most prominent during autumn evenings in the Northern Hemisphere, along with several other constellations named for characters in the Perseus myth. Because of its northern declination, Andromeda is visible only north of 40° south latitude; for observers farther south it lies below the horizon. END_OF_DOCUMENT_TOKEN_TO_BE_REPLACED

Layers of the Veil

Astral projection (or astral travel) is an interpretation of out-of-body experience (OBE) that assumes the existence of an “astral body” separate from the physical body and capable of travelling outside it. Astral projection or travel denotes the astral body leaving the physical body to travel in an astral plane. The idea of astral travel is rooted in common worldwide religious accounts of the afterlife in which the consciousness’ or soul’s journey or “ascent” is described in such terms as “an… out-of body experience, wherein the spiritual traveller leaves the physical body and travels in his/her subtle body (or dream body or astral body) into ‘higher’ realms.“ It is frequently reported in association with dreams, drug experiences and forms of meditation. END_OF_DOCUMENT_TOKEN_TO_BE_REPLACED

2060 Chiron is a minor planet in the outer Solar System. Discovered in 1977 by Charles T. Kowal (precovery images have been found as far back as 1895), it was the first-known member of a new class of objects now known as centaurs, with an orbit between Saturn and Uranus.

Although it was initially called an asteroid and classified as a minor planet, it was later found to exhibit behavior typical of a comet. Today it is classified as both, and accordingly it is also known by the cometary designation 95P/Chiron. END_OF_DOCUMENT_TOKEN_TO_BE_REPLACED

Blood Moons and Prophecy
By COGwriter, 2013

What is a blood moon?

A blood moon is also called a Hunter’s Moon. It is the first full moon after Harvest Moon. The Harvest Moon is the full moon nearest to the autumnal equinox.

Basically the general definition of a ‘blood moon’ is when the moon appears reddish because of how light can appear. Lunar eclipses are not the only cause. Notice the following: END_OF_DOCUMENT_TOKEN_TO_BE_REPLACED 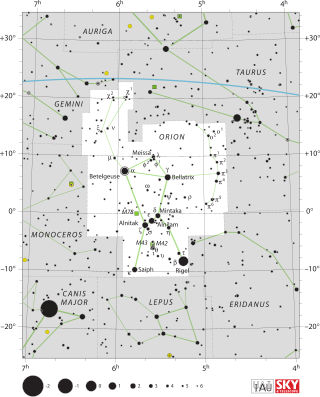 The constellation Orion is one of the most recognizable in the night sky.

In modern astronomy, a constellation is an internationally defined area of the celestial sphere. These areas are grouped around asterisms (which themselves are generally referred to in non-technical language as “constellations”), which are patterns formed by prominent stars within apparent proximity to one another on Earth’s night sky.

When Ausar became King of Kamit, the men he came to rule were in a savage state. They were nomadic tribes in constant warfare against each other. They were wholly given over to evil and sinful behavior.

This is symbolic of the state of the lower part of the being when not guided by the indwelling divinity because it is restricted to the subconscious life of the person. Individuals and nations are doomed to evil experiences. END_OF_DOCUMENT_TOKEN_TO_BE_REPLACED