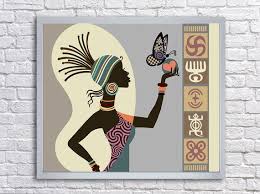 Adinkra aduru (adinkra medicine) is the stuff used in the stamping process. It is prepared by boiling the bark of badie together with iron slag. Originally the printing was done on a cotton piece lying on the ground. Today, raised platforms with sack coverings act as the printing table. The designs, cut on pieces of calabash with pieces of wood attached for handling, are dipped into the adinkera aduru, then stamped onto the cloth. Adinkra cloth is not meant END_OF_DOCUMENT_TOKEN_TO_BE_REPLACED

The Adinkra symbols were originally designed by “Asante” Craftsment of Ghana, West Africa.

The symbols embody non-verbal communicative and aesthetic values, as well as the way of life of the people who designed them.

The symbols are usually printed on cotton fabric to produce “Adinkra cloths,” which may be worn on such celebrative occasions as child naming, community durbars and funerary rituals.

Each of the symbols has its Asante name and an accompanying literal English translation.

ADINKRAHENE – “chief of adinkra symbols” greatness, charisma, leadership
This symbol is said to have played an inspiring role in the designing of other symbols. it signifies the importance of playing a leadership role.
END_OF_DOCUMENT_TOKEN_TO_BE_REPLACED

Lingqijing (or Ling Ch’i Ching; 靈棋經 lit. “Classic of the Divine Chess”) is a Chinese book of divination. The first commented edition of the work appeared in the Jin Dynasty. Legend has it that the strategist Zhang Liang got it from Huang Shigong, a semi-mythological figure in Chinese history.

As the name of the work suggests, the work tells of how to divine with tokens like Chinese chess or xiangqi (象棋) pieces, instead of the traditional turtle shells or yarrow stalks [or coins] used in I Ching.

There’s No Melancholy in Melencolia – One Secret of Greatest Art Fraud in Art History
By Elizabeth Garner, 2013

This engraving is [Albrecht] Dürer’s greatest masterpiece.  It is the most debated image in the history of art, and tens of thousands of scholarly articles have been written about its supposed meaning, none of which are correct to date. END_OF_DOCUMENT_TOKEN_TO_BE_REPLACED

In reaction to Gnosticism (which claimed that Jehovah himself was “evil”), Christianity emphasized God’s goodness to such an extent that over time Satan took on a more and more separate and substantial existence. In Christian theology (or “theodicy” to be precise) evil remains relatively unreal, or at least secondary; but in Christian practice the devil became “Lord of this world,” a true power, almost a principle. For this reason, in Christian culture Satanism emerged as devoted to the opposite of good, END_OF_DOCUMENT_TOKEN_TO_BE_REPLACED

The word Naga comes from the Sanskrit, and nag is still the word for snake, especially the cobra, in most of the languages of India.

When we come upon the word in Buddhist writings, it is not always clear whether the term refers to a cobra, an elephant (perhaps this usage relates to its snake-like trunk, or the pachyderm’s association with forest-dwelling peoples of north-eastern India called Nagas), or even a mysterious person of nobility.

It is a term used for unseen beings associated with water and fluid energy, and also with persons having powerful animal-like qualities or conversely, an impressive animal with human qualities. END_OF_DOCUMENT_TOKEN_TO_BE_REPLACED

In Greek mythology, Pandora (Greek: Πανδώρα, derived from πᾶν, pān, “all” and δῶρον, dōron, “gift”, thus “the all-endowed”, “the all-gifted” or “the all-giving”) was the first human woman created by the gods, specifically by Hephaestus and Athena on the instructions of Zeus. As Hesiod related, each god helped create her by giving her unique gifts. Zeus ordered Hephaestus to mold her out of earth as part of the punishment of humanity for Prometheus’ theft of the secret of fire, and all the gods joined in offering her “seductive gifts”. Her other name—inscribed against her figure on a white-ground kylix in the British Museum—is Anesidora, “she who sends up gifts” (up implying “from below” within the earth). END_OF_DOCUMENT_TOKEN_TO_BE_REPLACED

As a subject, Andromeda has been popular in art since classical times; it is one of several myths of a hero’s rescue of the intended victim of an archaic Hieros gamos (sacred marriage), giving rise to the “princess and dragon” motif. Interest in the story was derived from Ovid’s account. END_OF_DOCUMENT_TOKEN_TO_BE_REPLACED

The All-Seeing Eye: Sacred Origins of a Hijacked Symbol
By The Mind Unleashed, August 11 2014

The all-seeing eye is a powerful esoteric symbol which is widely misunderstood and misused today; few know what it originally stood for. It was originally symbolic of a higher spiritual power or God, a watchful caretaker of humanity or an awakened spiritual part within. But these days it has quite different associations.

Today the all-seeing eye is more likely to be seen as an “Illuminati” symbol of control and surveillance by elites who to a large degree run the show on this planet at this time. This is because, over time, dark sinister forces have taken over esoteric symbols that for thousands of years were used to convey END_OF_DOCUMENT_TOKEN_TO_BE_REPLACED 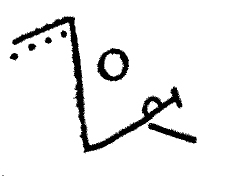 There are thousands of nsibidi symbols, of which over END_OF_DOCUMENT_TOKEN_TO_BE_REPLACED