A false awakening is a vivid and convincing dream about awakening from sleep, while the dreamer in reality continues to sleep. After a false awakening, subjects often dream they are performing daily morning rituals such as cooking, cleaning and eating. A subset of false awakenings, namely those in which one dreams that one has awoken from sleep that featured dreams, take on aspects of a double dream or a dream within a dream. A classic example is the double false awakening of the protagonist in Gogol’s Portrait (1835).

“Senoi” dream theory, which is centered around the idea that we should share and control our dreams for spiritual development, is an attractive theory said to derive from an appealing, non-violent people living simply in the highlands of Malaysia. But the real story of “Senoi” dream theory can be a painful one for at least two reasons that go beyond the usual academic conflicts over the validity and usefulness of ideas. First, some people in the United States and elsewhere make their living off of it by leading dream groups; they therefore have more at stake than do professors who are secure in their jobs whether their ideas pan out or not. Second, the theory resonates with deeply held cultural and spiritual values that almost compel people to believe it; they therefore become very upset when it is questioned. END_OF_DOCUMENT_TOKEN_TO_BE_REPLACED

Their first protest, when reports began to appear in the late 1970s denying that the Senoi tribe of Malaysia really practice dream manipulation, was to accuse the “militaristic Malaysian government” of suppressing both the gentle aborigines and their secret of non-violence. It was even seriously suggested that all visitors, including professional researchers, were ushered into jungle “concentration camps” where brainwashed Temiar, speaking through government interpreters, denied all knowledge of a dream control culture. Great care was taken, so the story went, to see that outsiders never penetrated to the hidden remnant of Temiar/Senoi who had escaped from government surveillance to keep their traditions alive in the jungle depths. END_OF_DOCUMENT_TOKEN_TO_BE_REPLACED 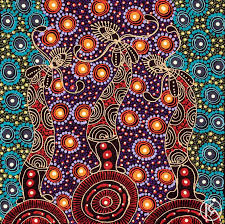 One of the things about Aborigines – that people don’t seem to realize – is that there were lots of languages, quite different languages around Australia. This was because each language reflected the energy, the music, the wind, the sound and the feeling of the place where people lived.

I know a little German, so I’ll say, “Guten Morgen” and Katherine here, can say “……..” in Chinese. Now you can hear there is a very different tonal quality in that … the Guten Morgen is heavily onto the earth, END_OF_DOCUMENT_TOKEN_TO_BE_REPLACED

Perhaps you’ve experienced the sensation-while awakening or falling asleep-of not being able to move. You discover that your body is paralyzed. Although you may try to call out, the sound remains locked in your throat. Meanwhile, your mind is clamoring to know what’s going on.

In modern French, the word cauchemar has come to mean nightmare. Le Petit Robert Dictionnaire de la Langue Française gives a brief etymology of the word, tracing its roots back to 1564 when it was written quauquemaire. The verb cauquer comes from the Picard dialect in northeastern France, END_OF_DOCUMENT_TOKEN_TO_BE_REPLACED