The best quality of Saturn is system and the best quality of Aries is leadership. Therefore, if you have Saturn in Aries, you can be a very capable leader, one who knows what to do and is not afraid of going out and doing it no matter what it takes or how long it takes. Combat and competitiveness spur you on to greater achievements. Self-reliance is high within you and you probably feel that you are more capable than those around you, hence you may end up doing all the work, which may antagonize you if you feel that others are not holding up their end of things. Saturn’s worst quality is selfishness and Aries worst quality END_OF_DOCUMENT_TOKEN_TO_BE_REPLACED

Is it not nice how some put in the work for those who simply cannot find the time to do it? If you missed the Last Bloody Moon, then have no worry. Some great pics only a click away.

Well, the page is still downloading, but I am sure my server will be ready to show them any minute now…

When man returns from Devachan, the astral, etheric and physical forces arrange themselves around END_OF_DOCUMENT_TOKEN_TO_BE_REPLACED 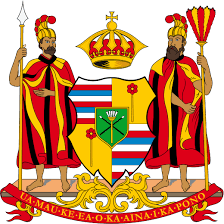 Kealo
Jan 20 to Feb 18
Aquarius – water bearer
Kealo is the water bearer-truth seeker or scientist. This is the month in which the oceans, streams and END_OF_DOCUMENT_TOKEN_TO_BE_REPLACED

Constellations were part of the historical record in Mesopotamian culture around 4000 B.C. In the 8th century B.C. Homer mentioned a few now familiar constellations in his epic poem, the Odyssey. Four hundred years later Eudoxus of Cnidus wrote about 43 constellations (or 45 or 48 depending on one’s interpretation) which survive today. Eudoxus’ original work was lost but his ideas were kept alive by Aratus in a poem called Phaenomena (circa 270 B.C.). END_OF_DOCUMENT_TOKEN_TO_BE_REPLACED Out of the churning oceans the Sun, Moon, many goddess, and magic things were produced along with the soma. Vishnu took charge of distributing the freshly made soma to the gods but while it was being passed out the demons started battling with the gods for a taste of the elixir and in the confusion one of the demons, Rahu, disguised himself as a god and drank some of the elixir. END_OF_DOCUMENT_TOKEN_TO_BE_REPLACED

Get ready for one awesome total lunar eclipse early Saturday morning April 4th. For the third time in less than a year, the Moon dips into Earth’s shadow, its dazzling white globe turning sunset red right before your eyes.  All eclipses are not-to-miss events, but Saturday’s totality will be the shortest in a century. Brief but beautiful – just like life. Read on to find out how to make the most of it.

Lunar eclipses don’t usually happen in any particular order. A partial eclipse is followed by a total is followed by a penumbral and so on. Instead, we’re in the middle of a tetrad, four total eclipses in a row END_OF_DOCUMENT_TOKEN_TO_BE_REPLACED