Such invocations of divine hostility have their origin well before Coptic Christianity, in magical practices of Late Period Egypt that exploit the bond between the demonic and the divine. END_OF_DOCUMENT_TOKEN_TO_BE_REPLACED 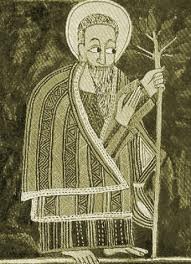 Preface to the First Edition
From The Kebra Nagast
by E.A. Wallis Budge (1932)i

This volume contains a complete English translation of the famous Ethiopian work, The “KEBRA NAGAST“, i.e. the “Glory of the Kings [of ETHIOPIA]”. This work has been held in peculiar honour in ABYSSINIA for several centuries, and throughout that country it has been, and still is, venerated by the people as containing the final proof of their descent from the Hebrew Patriarchs, and of the kinship of their kings of the Solomonic line with CHRIST, the Son of God.

The importance of the book, both for the kings and the people of ABYSSINIA, is clearly shown by the letter that King JOHN of ETHIOPIA wrote to the late Lord GRANVILLE in August, 1872. The king says: “There is a book called ‘Kivera Negust’ END_OF_DOCUMENT_TOKEN_TO_BE_REPLACED 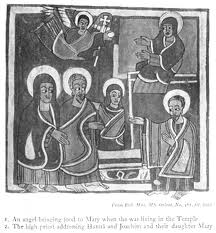 Preface to the Present Edition
From The Kebra Nagast
by E.A. Wallis Budge (1932)i

WHEN the English translation of the “Book of the Glory of Kings” appeared in 1922 it received a generous welcome from the gentlemen of the Press, and the approval of it by the public generally was shown by the fact that within two months from the day of publication a reprint was called for. The amusing and interesting character of the book which piles up fancy tales, fables, legends, folk-lore, dogma, mysticism and pious remarks on a substratum of historical fact was frankly admitted by all the reviewers, but a few of them raised the question of the historicity of the Book of the Glory of Kings. END_OF_DOCUMENT_TOKEN_TO_BE_REPLACED

Know that God neither punishes nor rewards nor protects, that you will have the comfort of controlling these for yourself.

Reasoning: If adversity which cannot be avoided is not the cause of suffering that follows our failure to reclaim our original nature (peace), then we must make spiritual growth our highest priority. If we are one, then I must refrain from doing you wrong (even self-defensively wishing you ill) to avoid doing me wrong—the key to justice and protection from others.

Sphere 5 of the Tree represents that aspect of Spirit from which Divine Law is “enforced.” In the Kamitic tradition, the END_OF_DOCUMENT_TOKEN_TO_BE_REPLACED

SOMALIA—Known in Africa since ancient times as God’s Land, was believed to be the home of the earliest Kings of Egypt. (From the 1981 edition of ‘The New Book of Knowledge’)

Egypt long ago recognized the truth that artistic poses and melodies must be spiritually righteous so as to project goodness of the soul and body if they are to be practiced by the youth. They drew up the inventory of all the standard types and consecrated them in their temples. All practitioners of the arts were forbidden to innovate on these models. In both music and the arts these prohibitions still exist. If you inspect their paintings and reliefs for over ten thousand years you will find in all precision they exhibit an identical artistry. In the matter of music this proves that it is possible to canonize melodies which exhibit an intrinsic rightness permanently by law. Egyptian legislators and statesmen deserve immense credit for these actions. Egyptian tradition states that the melodies preserved for so many ages were the work of [Auset]. (paraphrase taken from Laws II, pp.656d-657b by ‘Plato the Collected Dialogues’ edited by Hamilton and Cairns) END_OF_DOCUMENT_TOKEN_TO_BE_REPLACED