A steady unbreakable gaze. The winner of a staring contest. Boring holes through the back of people’s heads with your eyes. Liking to give off an impression of being intense. A passionate approach to life. A person who likes to cause extreme reactions in others through their personal appearance: sometimes making extreme faces, other times showing no expression at all. Hiding all clues to the inner self through the outer mask. A person who actually, physically, hides. A person who does not like having photos taken. A person who seeks an outer, physical transformation. A person who is obsessed with her own appearance. A person whose presence exudes sexuality. Intense presence. Sexual presence. A person who approaches life in a paranoid and suspicious way. A person who has an intensely healing presence. Making people feel uncomfortable. A person who doesn’t know how to relax. A person who likes to cause extreme reactions in others through his appearance. Physical extremist. Wanting to be seen as intense, passionate and sexual. Liking to be in control of surroundings. Wanting to be in control of the way you are perceived. An approach to life that is all or nothing. Resentment and bitterness toward life. Wanting to look like a spy, detective, investigator or sex siren. Liking to look dead. Goths. Heavy metal enthusiasts.

Intense feelings about money. A love / hate relationship with money. An intense interest in personal finance and personal financial security. Intensely possessive of personal finances. Jealous when other people have more financial freedom. Valuing intensity, passion, eroticism and sexuality. Valuing suspicion and being secretive. Secretive about personal finances. Hiding money. Money under the mattress. A complete overhaul of your belongings from time to time. Finding value in extremes. One man’s trash is another man’s treasure. Liking to own things that cause extreme reactions in others. Collecting items associated with death: funerary masks, mortician’s tools, bones, teeth, etc… Collecting items associated with the occult. Collecting erotica. Earning a living through sexual activities. Earning a living through activities associated with death or the occult. Earning a living through the healing arts. Collecting deadly instruments in general. Collecting lingerie. Feeling resentful and bitter about money or having to earn a living. Causing extreme financial situations in your life. Being transformed by an abundance or lack of money. All or nothing financial decisions. Financial security is a life or death matter. Secret collections. Hiding collections. Sex is a survival need. Passion and intensity are survival needs. Complex survival needs.

Reticence. Concealing or hiding your thoughts. The mind of a spy. The mind of a detective. The mind of an investigator. The mind of a researcher. An intense and penetrating mind. A mind that transforms daily. Erotic writing. Detective novels. Mystery fiction. Ferreting out the secrets of local places. Ferreting out the secrets of siblings, neighbors and everyday contacts. A persuasive salesperson. Passionate communication. Sarcasm. Cutting remarks. Talking, thinking, and writing about sex. Talking, thinking, and writing about transformations. Talking, thinking, and writing about revenge, obsession, and passion. Talking, thinking and writing about the occult. Feeling jealous about the way another communicates. Feeling jealous about someone’s book. Speaking and writing with intensity. Intense and complicated relationships with siblings. Love / hate relationships with siblings. Emotionally complicated elementary school experiences. Healing relationships with siblings. A sibling near death. Sexual experiences at a young age. Intense interactions with everyday people. Love/ hate relationships with neighbors. Black or red vehicles. Vehicles with secret compartments. Deep conversations. Penetrating, deep, and intense everyday conversations. Engaging everyday people on a deep level. Needing intensity and passion in routine interactions with other people. Liking to provoke extreme reactions in everyday conversations and situations. Communicating like your life depended on it. A sexually infused everyday life. Obsessive thoughts and thinking. Mental brooding. Speaking with passion. Singing with passion. A sexual voice. Talking dirty. Saying things to cause emotional reactions in others. Obsessive readers. Secret journals. Secret diaries.

Needing intensity and emotional complexity at home. Power struggles with a parent. Jealous of a parent. Intense feelings about one parent. Needing to be in control at home. Wanting to be in a position of power at home. An inability to relax. Stirring up trouble at home. A person who likes to cause extreme reactions in the family. Seeking extremes in what should be a relaxed atmosphere. Extreme need for privacy. Suspicious of strangers. Dislike of unknown people entering the house. No trespassing. Keep out. Obsessive at the core. Privately controlling. Privately jealous. Pulling the shades down. Having a peep hole. Dead bolts. A heavy gate. Dark or intense colors. A decorating style that provokes extreme reactions in others. A home life that puts everyone on edge. No relaxing at home. Home is a place to regenerate vitality. Feeling comfortable with extreme emotions. Feeling comfortable with intensity. Comfortable with your sexuality. Home is a place to undergo transformations. Home brings up strong emotional currents. Home is intense. One parent is intense, obsessive and controlling. One parent is healing, transforming and deep. Intense feelings, of love or hate, for your country. Suspicious of one parent. A suspicious and jealous parent. Sexuality permeates the home life (welcome or unwelcome). Intense feelings of love or hate for one parent. An emotionally complicated relationship with a parent. Growing up in the occult. Hiding at home. Home is a place to hide. Seeking revenge on a parent. Seeking revenge on your family or country. Avenging your family or country. Obsessive at the core. Secretive and suspicious at the core. Privately jealous. Privately transforming. Intense and passionate at home, in private. Casting a parent into the role of villain. A secret garden. Hidden rooms.

Strong opinions about food. Stubbornly fixed on a particular diet. Hard-driving toward employees. Passionately involved in everyday work and everyday routines. Healers. Working on a daily basis with people undergoing enormous transformations. Working daily with people on the brink of death. Being on the brink of death, daily. A dialysis patient. Passionate attention to health and diet. Intense focus on daily routines. Intense focus on daily habits. Obsessive daily habits. Jealousy is part of the daily routine. Sex is part of the daily routine. Needing to have passion in your life every day. A person who makes transformations daily. Suspicion is a daily habit. Fixed and immutable routines. A fixed diet. Transforming the body (for better or worse) through diet. Making food sexy. A passionate cook. Passionate about food. Eating aphrodisiacs. The eating scene in 9 1/2 weeks. Eating for sexual performance enhancement. Vitamins and pills to enhance sexual performance. Intense relationships with co-workers and employees. Obsessive, jealous and possessive relationships with co-workers and employees. Owning animals that create extreme reactions in people: snakes, tarantulas, rats, bats, alligators, etc… Animal rehabilitation. Animal hospice care. A person who is deeply entrenched in a relationship between the body and emotions. Binging and purging. Extreme feelings of love or hate toward the body. Liking to cause extreme reactions in other people due to your diet, daily routine, work habits, or relationship with animals. 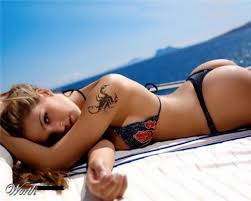 Feeling jealous of other religions or cultural beliefs. Passionate feelings about religion and culture. Fixed opinions about religion and culture. A philosophy of healing. A philosophy of transformation. Believing in transformation and healing. Believing in the power of sex and eroticism. Believing in powerful emotional expression. A philosophy of life that encourages powerful emotional expression. A philosophy of life that supports sexual exploration and eroticism. Attempting to control people of other cultures and religions. Feeling jealous of others’ cultural contributions. A powerful publisher. Secret publications. Sex gurus. Secret religions. Cults. Hiding your culture. Hiding your religion. Keeping religious and cultural beliefs secret. Cultural researcher. Anthropologists. Penetrating view of the world. Obsessed with culture and religion. Obsessed with publishing. Obsessed with being on the world stage. Wanting power in the world at large. A deep understanding of the world at large. A deep understanding of culture and religion. Wanting to transform the world. A complex relationship with God. Desiring to know the depths of God. Struggling with the concept of a higher power.

Feeling jealous of others’ career success. Widely considered to be a passionate and intense person. Passionately involved in career. The heights and depths of success and failure. Widely considered to be a person who can transform. Widely considered to be a passionately intense healer. Professional detective. Professional spy. Police officer. Wanting a career that gives power. Wanting to achieve a powerful position in the world. Passionate devotion to the career. Needing a career in which to pour your passion. Widely recognized for having charisma, passion and intensity. Widely recognized for having a healing presence. Widely recognized as an obsessive, jealous and destructive person. Having a powerful parent. One parent makes a powerful impact on the life. Widely considered to be an inflexible person. Widely known as a healer. Everyone knows about this person’s sexual exploits. Keeping career ambitions secret. A career that involves an element of eroticism. Transformation through career ambitions. Wanting a career through which you can create profound change. Widely known for emotional highs and lows. Widely known as an intense brooding person.

Involvement in charitable institutions for the dying. Involvement with death row inmates. Secrecy, jealousy and possessiveness are the self-undoing. Paranoia, extremism and sex addiction are the self-undoing. A deeply paranoid person. A deeply obsessive and jealous person. Inwardly complex. A person deeply committed to healing and transformation. Working with inmates, the sick, and institutionalized to create healing, transformation and catharsis. Intensely involved in charity. An inwardly magnetic and mysterious person. Intense and disturbing dreams. Sexual and erotic dreams. Dreams of dying. Experiencing death through dreams. Dreaming of the day you will die. Dreaming of being a shaman. Dreaming of being a healer. Dreaming of deep interactions with others. Deep secrecy. A reluctance to reveal hurts and sorrows. A reluctance to open up about karmic debts. Intensely dealing with repressed psychic material. Intensely dealing with repressed emotions. Keeping repressed material secret. Hidden fears. Truly secret enemies. Magnetism and sexuality attract secret enemies. Extremist views attract secret enemies. Dreams of creating healing. Dreams of creating transformations. A secret sleeping chamber. Sleeping in total blackness. Black sheets. Sexual meditation practices. Healing meditations.