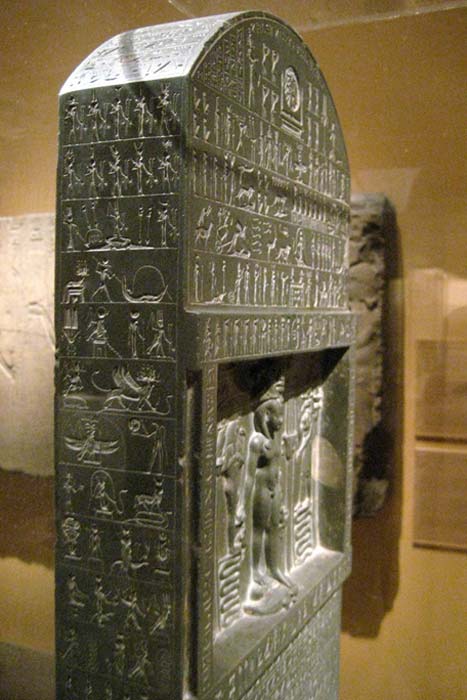 The Metternich Stela is part of the Collection of the Metropolitan Museum of Art in New York City. It is dated to the supposed thirtieth dynasty [ca 100 BC] and ‘Nechadnebo II’.

The stela belongs to a group of stelae depicting Bes-Hr on the crocodiles. These types of stelae were used to protect the rulers from enemies depicted as dangerous animals such as scorpions and snakes. The Magical Stela is one of the largest and most complete of this kind.

It is claimed that in the reign of ‘Nectanebo II”, a priest named Esatum  traveled to the burial place of the ‘Menevis bulls’. There he noticed certain inscriptions that he thought were interesting and ordered them to be copied onto a large block of stone. There the stela was created and stood for many years until Pope Alexander conquered the Persians and it was ‘brought’ to Europe.

The stela was discovered in a wall that was excavated in a French monastery. The stela was then officially presented to Prince Met-ternich in 1828 by Muhammad ‘Ali Pasha, the ruler of the country Egypt, before being sold to the Met-ropolitan Museum of Art as if authenticated. It was named the Metternich Stela.

The stela is a large block below, (a plinth) connected to a thinner block with a curved top. The dimensions are a height of 35 12/16 inch and a width of 13 ¼ inch. The piece was made from one block of fine grained, hard, gray-green stone made from greywacke. The stela is well preserved with only a few small visible chips. It is a most intriguing and valuable addition to the Met-ropolitan Museum.

The top portion of the stela portrays a disk of the sun depicting Bes. On each side are four baboons (priests) to witness. On the far left of the is Tehuti. On the far right is the ruler identified as Nectanebo II bowing towards the Sun disked Bes. 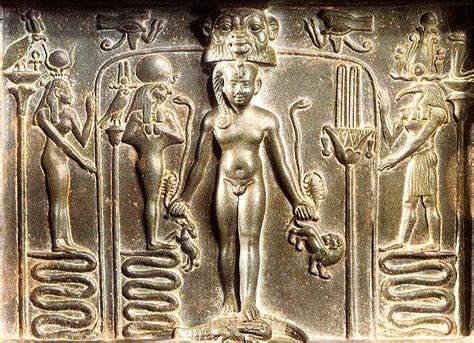 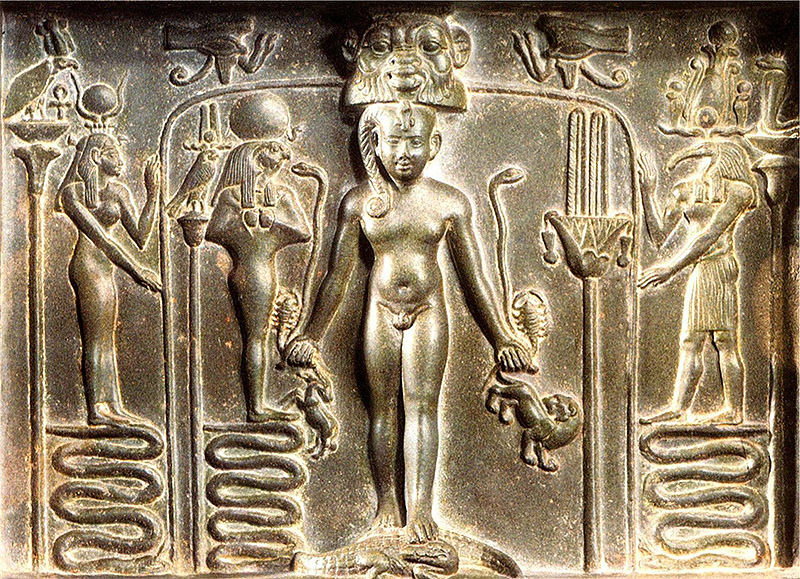 Next are five lines of hieroglyphics. The center of the stela portrays Bes-Hr as a child standing on crocodiles. Above his head is the face of Bes, who is the guardian of the newborn and childbirth. Bes-Hr is holding in each hand a serpent and scorpion, along with a lion and oryx in either hand.

The rest of the stela is covered with hieroglyphics, also on both sides, but the top different from the bottom. These hieroglyphics document mythical stories and experiences with enemies depicted as poisonous animals. There are also many curses and spells for different types of sickness caused by these animals. 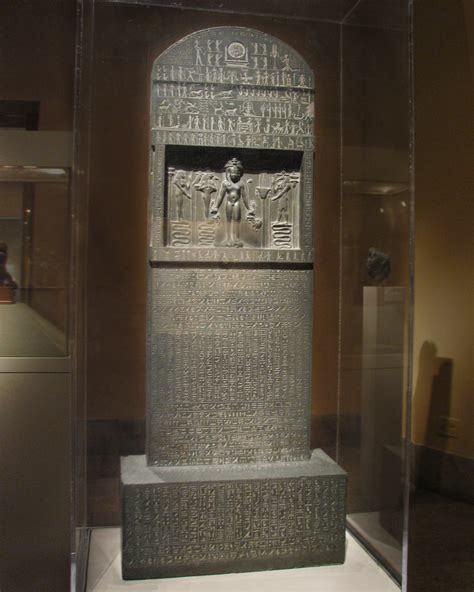 Another point of interest with the stela is on the upper portion of the reverse side. There is a winged man who represents the demonic ruler Har-madi. He is standing upon his enemies, which are evil animals enclosed in a circle to prevent their escape.

The majority of the stela relates to how Bes-Hr was poisoned and cured. The stories inscribed on this stela, especially the one regarding Bes-Hr are the most comprehensive found on any monument.

The Magical Stela is by far one of the more impressive artifacts in the Museum. It combined stories and how they could be used for the healing of later rulers.