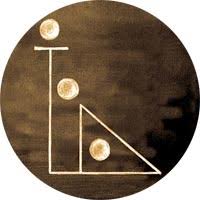 THE SYMBOLS: As we look at the names of the symbols 1, 2, and 3, we find that the name Uli appears in all three.

So Uli, the controlling deity of these symbols, is the highest feminine aspect of creation. Since Mana is in the domain of the feminine, it is especially appropriate that the control of the symbols is in Uli’s hands. Man without the goddess energy is unmotivated — not moved to action. Woman is the creator — it is she who creates life, and so brings out the life force energy — Mana.

INITIATION NECESSARY: Each symbol that follows invokes a god or goddess (each one, an aspect of Uli) who will come in and Noho (enter into) the user. In order for the symbols to be most effective, they must be used with the name that appears with them.

There are three levels of use of the symbols:

MEDITATION: Each of the following symbols represents a god, or goddess and will invoke the corresponding Noho. To use them in meditation, think the symbol in its entirety in your mind — the symbol, the color, the name, the sound, and the memory of what it felt like when you received the symbol in initiation. Now, wait for the Noho. You will feel it coming in from above — it may come in from the Manawa (the crown) or through the Honu (the hole in the back of the head at the base of the skull where the backbone goes into the skull and where Noho comes in).

Remember that since these symbols invoke certain high levels energies (gods, goddesses and angels), they should be used for the highest good of all concerned. To use them or to allow them to be used for anything other than good works is monitored by the presiding deity of the symbols — the goddess herself — Uliuli. Take care with them. Remember also, since these symbols are in your possession, you are a caretaker of them. Honor the symbols. Treat them with love and respect and they will treat you the same way.

The interpretation of the symbols are from our meditation and experience in this research, and are the effect of the symbol in our neurology. Assuming you choose to meditate on them, your experience will be your own experience based upon your neurology. As the ancient ones used to say, “Kala mai ia’u.” “Forgive us if it’s wrong.” It is our Mana’o (thoughts on the subject). Our intent is pure.

One way to think of the symbols which follow is that they are like “Yantras” (east Indian diagrams) which when mediated upon, invoke a certain state of consciousness.

The ancient Hawaiian symbols that are on this page are Copyright © 1997, Tad James and Advanced Neuro Dynamics and are reprinted with permission from the book The Lost Secrets of Ancient Hawaiian Huna. All rights reserved.

use: When this symbol is used in meditation, Uli responds and sends her calm, centered energy to clear the condition. General, all purpose – blows Mana through the system and smooths it out. To clear conditions using calm centered energy.

comment: This is the highest symbol of the Goddess Uli who according to Beckwith in Hawaiian Mythology, is “The Goddess of sorcery, sister of Manua, god of the underworld.” Uli-Nana-Pono is the go.

use: This symbol is used when you need heavier, or denser Mana to clear a specific condition. The Mana that comes in with this symbol is not as peaceful as Uli Nana Pono, and it is for conditions which are more dense. If you use Uli Nana Hewa in meditation, always follow it with Uli Nana Pono. Uli-nana-Hewa is the goddess who watches over all the things.

meaning: “The light from the heavens to overturn old conditions bringing enlightenment.”

use: This symbol brings in the light from the heavens to reverse old conditions. The light also cleanses and purifies the entire person – the three selves and their bodies.

use: This symbol opens up and reveals secrets, both mundane and meaningful. It will reveal psychic visions and hearing of things which are subtle, hidden, or far distant. Highly effective when meditated upon in the 3rd eye, it will also cause revelations in any chakra, because of the changes in neurology which occur. It can also be effective in the moment when meditating, delving into a subject or wanting to reveal something which is hidden, or Huna. It implies enlightenment into the secrets of the soul – why you are here, etc. It increases understanding, and reveals secrets.

meaning: “To speed things up.”

use: Things moving too slow? Awiki-a-Holo will speed them up – a process, learning, internal integration can all speed up with this symbol. Use it sparingly, it could speed things up too much. To stop a process, when you’re done, use Pau-ke-Aho (the next symbol). From experience, if you use this symbol in meditation to start a process, remember to make sure you stop it with Pau-ke-aho.

meaning: “To experience control over the gusts of wind.”

use: This symbol brings control over the wind. Wind can be either internal or external, and Pakololio allows you to get in touch with both. Internally, there are a number of air currents that run through the body (in Sanskrit they are called “pranas”). This symbol allows you to get in control of those, too. Pakololio gives us control over the internal and external gusts of wind.

meaning: “To awaken the breath with light.”

use: This symbol awakens and clears out the breathing circuitry. In meditation, it is used to awaken the Ha in and around the 5th chakra, but it will also work in any chakra, and it will bring the awakening of the Ha. (It can be useful in the case of asthma.)

meaning: “The wave of light that makes you gasp.”

meaning: “Thunder comes down from the heavens and strikes the earth, and makes the earth shake.”

use: This symbol is one of Kane’s manifestations; and as Kahekili Naue Ika Honua, Kane sends down the lightning from the heavens, the thunder shakes the earth and drives out all the earth-bound spirits. This symbol is useful in clearing out lower, earth-bound energies. Use it in meditation for blowing out negative emotions like sadness, confusion or even just stuckness. This is a good symbol to use at the beginning since it banishes the earth element and the associated energies. In beginning, it cleans out the system since some symbols are too fragile to use at the beginning.

meaning: “To bring the sacred red light of love.”

use: The warmth of love isn’t the kind of fire that burns you, but a steady flow of warmth. This symbol is very healing when meditated upon in the heart area – it can heal a broken heart.

—
The ancient Hawaiian symbols that are on this page are Copyright © 1997, Tad James and are reprinted with permission from the book The Lost Secrets of Ancient Hawaiian Huna. All rights reserved.

One thought on “Ka Huna Symbols”